Assessing the pathways of climate change effects in SpaDES: an application with boreal landbirds in Northwestern Canada

Distributions of landbirds in Canadian northern forests are expected to be affected by climate change, but it remains unclear which pathways are responsible for projected climate effects. Determining whether climate change acts indirectly through changing fire regimes and/or vegetation dynamics, or directly through changes in climatic suitability may allow land managers to address negative trajectories via forest management. We used SpaDES, a novel toolkit built in R that facilitates the implementation of simulation models from different areas of knowledge to develop a simulation experiment for a study area comprising 50 million ha in the Northwest Territories, Canada. Our factorial experiment was designed to contrast climate effects pathways on 64 landbird species using climate-sensitive and non-climate sensitive models for tree growth and mortality, wildfire, and landbirds. Climate-change effects were predicted to increase suitable habitat for 73% of species, resulting in average net gain of 7.49 million ha across species. We observed higher species turnover in the northeastern, south-central (species loss) and western regions (species gain). Importantly, we found that most of the predicted differences in net area of occupancy across models were attributed to direct climate effects rather than simulated vegetation change, despite a similar relative importance of vegetation and climate variables in landbird models. Even with close to a doubling of annual area burned by 2100, and a 600 kg/ha increase in aboveground tree biomass predicted in this region, differences in landbird net occupancy across models attributed to climate-driven forest growth were very small, likely resulting from differences in the pace of vegetation and climate changes, or vegetation lags. The effect of vegetation lags (i.e., differences from climatic equilibrium) varied across species, resulting in a wide range of changes in landbird distribution, and consequently predicted occupancy, due to climate effects. These findings suggest that hybrid approaches using statistical models and landscape simulation tools could improve wildlife forecasts when future uncoupling of vegetation and climate is anticipated. This study lays some of the methodological groundwork for ecological adaptive management using the new platform SpaDES, which allows for iterative forecasting, mixing of modeling paradigms, and tightening connections between data, parameterization, and simulation. 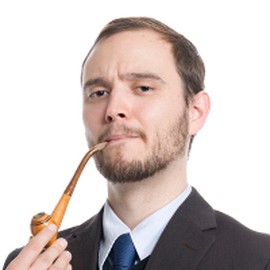